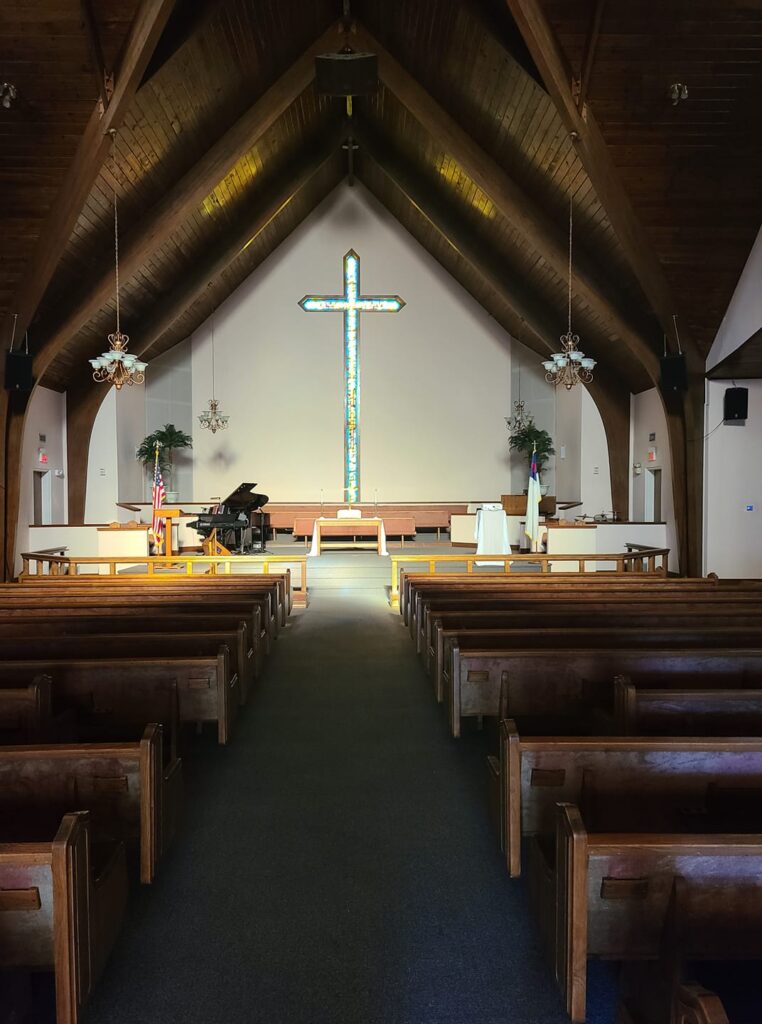 All available records show that what is now “The First United Methodist Church of Seffner” began in 1888.  In July of 1889, three lots were purchased for a sanctuary and parsonage.  This is the current location of the church today.

In 1917, the sanctuary was destroyed and the parsonage badly damaged by a hurricane.  They were both rebuilt with the help of the congregation, the Church Extension Board of the Methodist Church and with God working continuously by our side.

In 1934, under the pastorate of the Rev. W.C. Norton, a combination Sunday School building and recreation hall was completed.  Rev. Norton donated all the timber for the hall from a tract of land he owned.  The hall was later named Henderson Hall in honor of Seffner Women’s Society’s first president and organizer, Mrs. Ida Henderson. 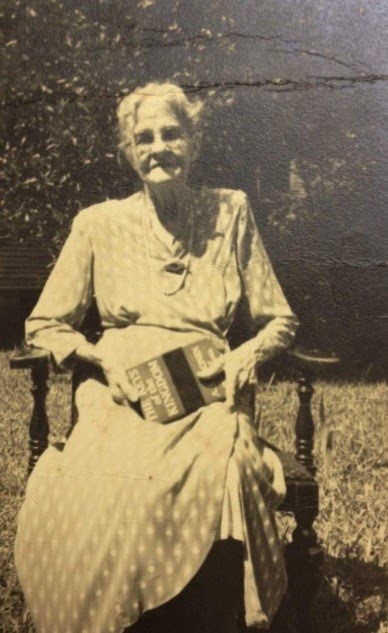 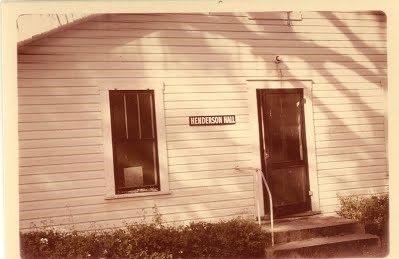 In May of 1934, Colonel Charles Spencer gave the church some property on what is now Martin Luther King Blvd as an endowment.  The building that was there was repaired and a filling station and garage were erected.  This property was then rented to aid in paying the expenses of the church.  In respect to Colonel Spencer, the name of the church was changed to Spencer Memorial Methodist church.  Colonel Spencer died in 1935 after a very active civic and political life in Tampa and south Florida.

In 1947, a new parsonage was built.  It was located beside the sanctuary on Seffner Street.  It was built during the pastorate of Rev. J.W. Wyrick.  This wooden structure has since been given to a family and relocated in Hillsborough County.

In 1959, under the pastorate of Rev. Reid Gass, a sanctuary has its beginning.  It was designed under the direction of Mr. John Naugle.  The sanctuary was built around the original wooden sanctuary using the original supports and roof beams.  The much-needed sanctuary was then erected.  Seen from the air the roof appears in the design of a cross.  It is formed by the peaks of the roof where the two roof tops were joined.

Because of the growth that the church was undergoing, there was a need for larger Sunday School facilities.  In 1961, the existing Sunday School classrooms were built.  The following year a kitchen was added to Henderson Hall. 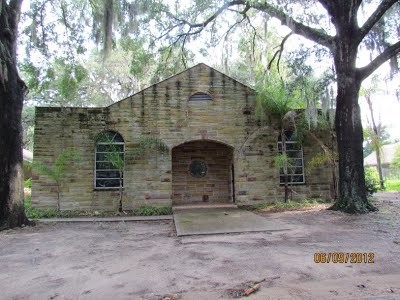 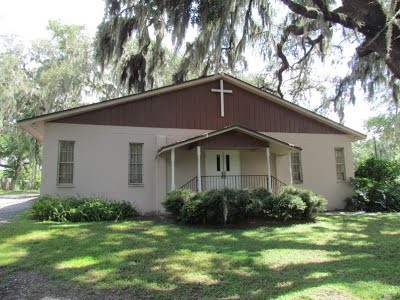 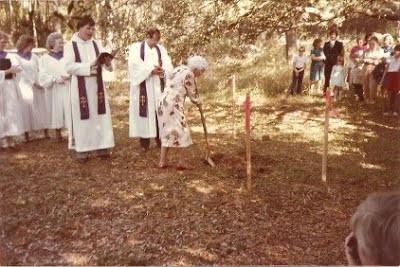 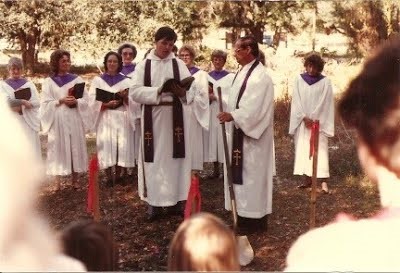 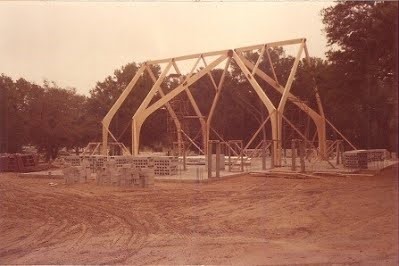 The next step in history was when the District Church Conference felt it necessary for Spencer Memorial Methodist Church to change its name.  It seems there was another church by the name in Hillsborough County and for a lack of confusion; the name was changed to the First Methodist Church of Seffner in 1966.

Three years later in 1969, the church again changed its name because there was a merger of the Methodist Church and the Evangelical United Brethren Church.  The new and current name is The First United Methodist Church of Seffner.

A building boom began again for this church in 1974 under the pastorate of the Rev. Lloyd McClelland.  It began with a new parsonage located on Wense Avenue on a half-acre of land donated by Bill and Lucille Kramer.

In 1975, Henderson Hall was razed to make way for a new social hall.  The old building served God and the community for nearly forty years and brought much happiness to those who used it.  The current fellowship hall has hosted many events, celebrations and festivities of all kinds.  It has been a haven for the tired, a venue for learning and growing in Christ.   Longtime member and church leader Howard Davis supervised the construction of the parsonage and fellowship hall.

By the early 1980’s it was evident that a larger sanctuary was needed.  Plans were formed, finances were studied and then a new building emerged.   The previous sanctuary was remodeled to accommodate a chapel, and eight additional classrooms.  By 1986, the new sanctuary was ready for worship.  Many people and families have come to call Seffner United Methodist – home, a place to find guidance, support and direction.

By the 1990’s the Seffner community was beginning to grow and expand.  First Seffner developed the necessary programs and ministries to accommodate this growth spurt in our community.  Beginning in 1992, Seffner Methodist put into place new programs such as a Spanish speaking Bible story time with the Hispanic community in Dover, the youth had expanded to over 30 in attendance on a regular basis, and new candidates for full time ministry were emerging from this group.

In January 1988, under the direction of Mrs.Emma Davis, church historian, the church began a year long celebration of our heritage and our 100 years in the Seffner community.

In 2013, Seffner Methodist celebrated our 125th year as presence in the community.  A special service was held each month from January to May.  Previous members and ministers came to worship together and then break bread together following the services.  There were many reconnections made, hugs, laughter and memories shared around the table.

Seffner Methodist was among the honored churches at the annual Florida Conference for celebrating 125 years.  We are so blessed! 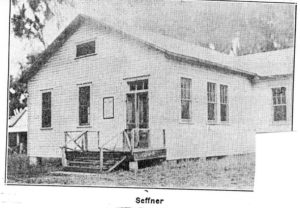 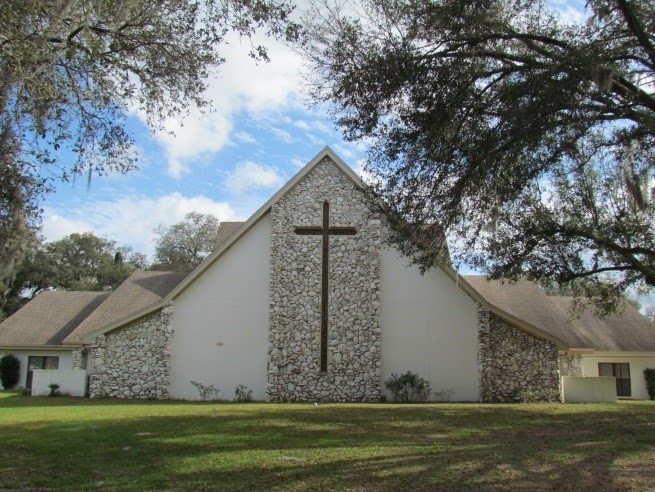 The middle banner above “Standing on the Promises” represents 125 years as a presence in Seffner.  Our banner was held by Eric Nelson, Lay Delegate at the Florida Conference.

With the turn of the century, there were new challenges, ones that took a lot of time and energy to walk through.  As Seffner Methodist was redefining how to do ministry and encountering extensive facility upkeep, the congregation developed a position of “maintaining” rather than “moving Forward”.  However, in Seffner Methodist style, situations were resolved and we are not just moving forward, but running forward.

Through the years we have had the privilege of:

A facility to give refuge and support to the broken in body and spirit through various ministries past and present including: Family Promise, Meals on Wheels, Celebrate Jesus, and I am Hope Café, to name a few.

Our future is focused on spreading the Good News of Jesus Christ throughout the community and we welcome all who accept Jesus Christ as their Lord and Savior into our Church Family.